THE GEM PROGRAM DOES NOT COMPETE WITH INDUSTRY 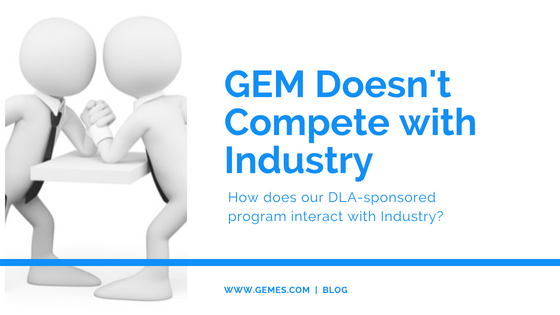 We are often asked, “Does the GEM program compete with other microcircuit distributors or manufacturers?”

Well, as a Government funded program GEM does not compete with any other accepted source(s).

Still no, but here are some details:

In 1997, DLA entered into an agreement with the Semiconductor Industry Association (SIA) to ensure the GEM Program was not Emulating circuit designs still supported by the IC industry.

To comply with this agreement, all RFQ responses are routed through the DLA Land and Maritime GEM Program office that makes every attempt to locate an alternative source.

Only when no acceptable sources can be found will DLA authorize SRI to issue a GEM Emulation proposal on behalf of the GEM Program.