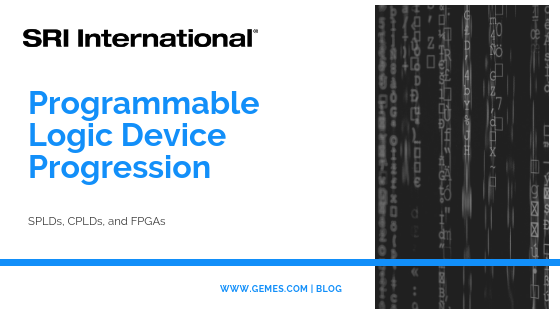 The popularity of Programmable Logic Devices (PLDs) with designers is due to high flexibility and low cost.   PLDs start as uncommitted gate arrays containing predefined logic structures that can be programmed to create a myriad of complex designs.

Designers define the interconnect between the logic structures to implement the desired functionality for their application.  PLDs are then programmed with the final cell-to-cell interconnect to produce the resulting Integrated Circuit (IC).  PLDs are versatile because if the design needs to change for any reason, the designer can quickly erase the current design, and keep re-programming the device until the desired result is achieved.  There are several types of PLDs, but all share this same basic approach. 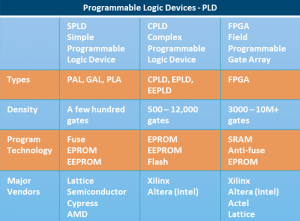 There are  a variety of PLD types and architectures can vary between manufacturers.

SPLDs, which were first introduced in the early 1970s, used simple configurable technologies that eventually developed into more complex and larger devices of which the most popular today is Field Programmable Gate Arrays (FPGA).   Unlike early PLDs which had to be hardwired programmed during manufacturing, FPGAs allowed the designer to configure parts when the manufacturing process was complete.   FPGAs could also be reprogrammed if necessary, to add features or fix bugs after product deployment. 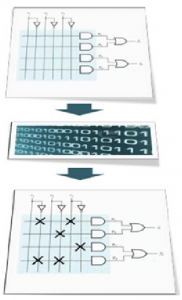 The Emulation Programs at SRI have been addressing solutions for Programmable Logic Devices (PLDs) for many years.    Capabilities exist to replace each one of these programmable types listed in the table with current available technology.

The Emulation Programs provide hard-mask replacements to PLDs and work with customers to guarantee performance in their systems.  The GEM & AME Programs have provided PLD solutions to the F-15, C-17, Patriot Missile systems and others.