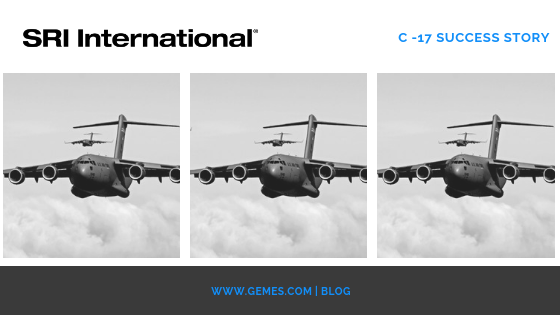 The Boeing C-17 Globemaster III is one of the largest military transport aircraft in flight today.   With a cargo capacity 170, 900 lbs. it has been used to transport military vehicles (M1A2 Abrams, M-2 Bradley,  AH-64 Apache helicopters, etc.) and troops throughout the world.

Developed in the early 1980s-1990s, there have been a total of 279 C-17s produced for use by the United States Air Force and several of our partner nations.   Although the final C-17 production build was completed in November 2015, it is expected to remain in service with the USAF though 2040. 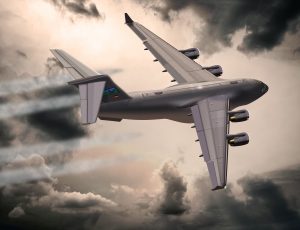 This is where the GEM Program can assist.

The GEM Program has supported the C-17 platform with 27 unique GEM NSN (National Stock Number)replacements.   One such example is with an EP1800 UV Erasable Programmable logic device initially produced by Altera.

The GEM Program was contacted by a supplier about this obsolete microcircuit to support the anti-skid system for the C-17.

The supplier provided the SMD reference for the blank device, programmed sample parts and program data.  We reverse engineered the parts to get a full understanding of the application and specification.  It was determined that our 1.2μm 20K gate array was sufficient to meet all functional timing requirements.

The customer performed insertion testing in their system and determined the part passed all application requirements and subsequently a new SCD drawing was created for the Emulation solution.

The GEM program has delivered GEM333/EP1800 devices to the C-17 supplier continuously for the last 15 years.